The biggest players in the S&P 500 are still growing, despite the overall downturn of the market. Other top tech companies loss of around 4 percent

Markets are starting to settle down after a tumultuous two months of COVID-19 economic panic. Still, while top indices like the S&P 500 are down for the year, some top tech companies are finding ways to grow in the stock market.

The biggest players in the S&P 500 are still growing, according to the Wall Street Journal and FactSet. Netflix, Amazon, and Microsoft have all seen substantial growth in share-price despite the overall downturn of the market. Since the beginning of the year, Netflix and Amazon have seen their stock prices both grow over 30 percent, while Microsoft has had a modest 10 percent growth. Other top tech companies, like Apple and Alphabet, have both seen overall losses of around 4 percent, but still not to the extent of the S&P 500 at over 12 percent for the year.

Back in February, these companies accounted for over 20 percent of the total share of the S&P 500, and many feared losses suffered by these companies could bring the broader market down further. 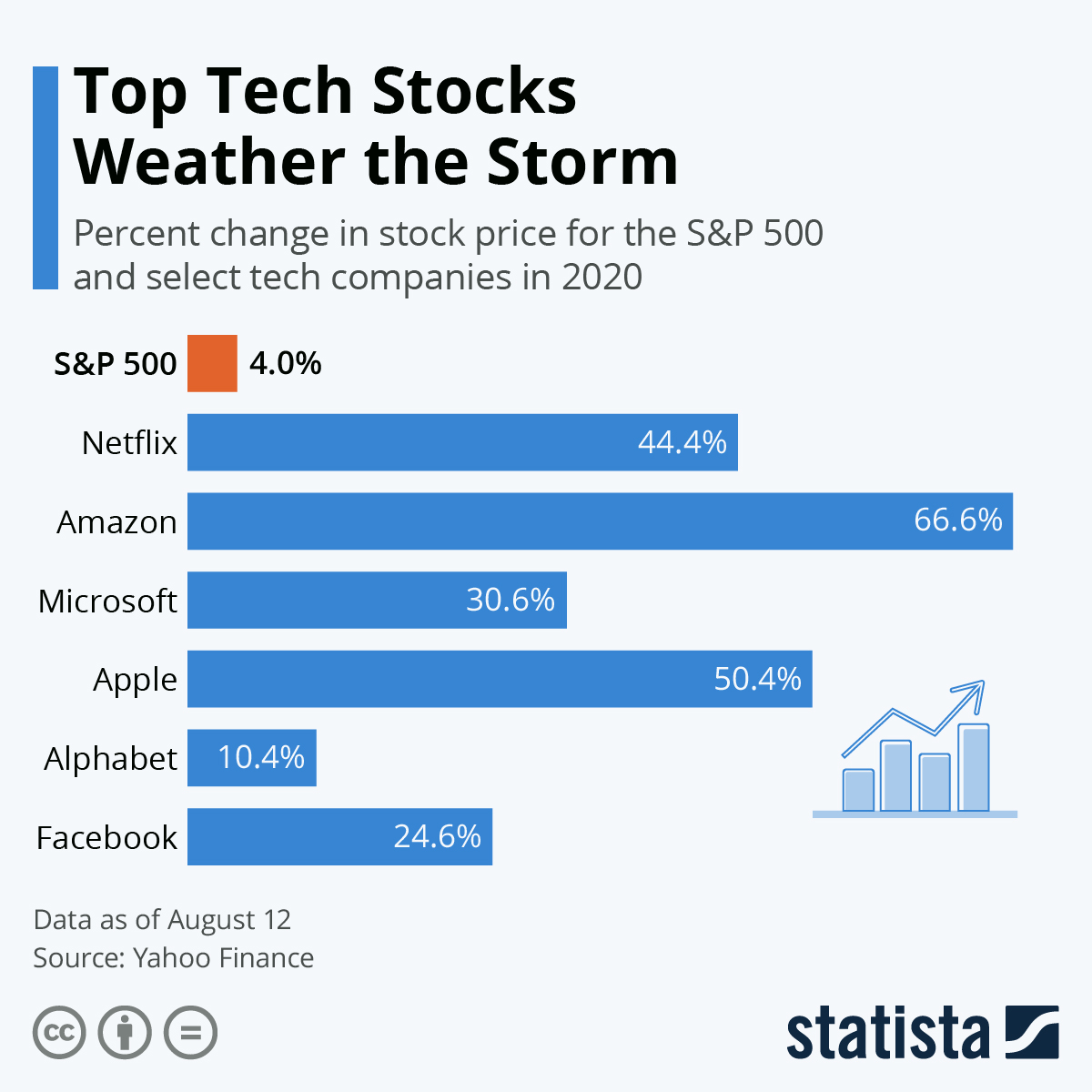