Israeli food giant Tnuva has announced an agreement to import meat substitutes into the country. Globes has reported that Israel’s largest food company made a deal with the British firm Meatless Farm for its plant-based hamburgers, sausages, and other products.

If you have ever been to Israel then you know that it has always been a center for vegetarianism. Browse through the frozen food sections in any Israeli supermarket and you will find a vegetarian alternative to just about any meat dish. Do you like schnitzel? Well, the fried chicken cutlet can be had in many forms from soy-based to broccoli or spinach alternatives. Soy-based hot dogs have been available in Israel for just about forever.

The vegetarian offerings are not a new phenomenon in the country, nor are they an outgrowth of recent green initiatives to find alternatives to beef and poultry. Both the beef and poultry industries have been under immense scrutiny in recent years because they are considered a leading source of greenhouse emissions and a cause of pollution due to all of that extra animal excrement they produce. 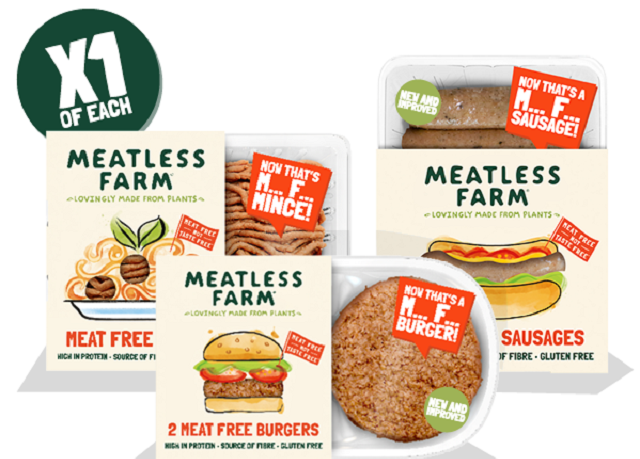 In 2015, The Atlantic reported on how Colonel Avi Harel, a commander in the Israel Defense Forces, began offering more soybeans, legumes, and lentil-based hamburgers to Israeli soldiers in response to the demand for vegetarian alternatives. The magazine stated that Israel has the largest per capita population of vegetarian citizens with five percent not eating meat, dairy, or eggs. The IDF also began offering leather free boots and wool free berets.

Tnuva will not be the first firm to import meatless products made by Meatless Farm. Diplomat is already importing them so the two companies will now be competing with one another. Meatless Farms products are currently available in Europe and the United States. In Israel, Tnuva is known more for its dairy products. Meatless Farm boasts that it has created a delicious, nutritious range of plant-based mince, burgers and sausages which will let people make the “swap” from animal-based products without sacrificing on taste or texture.