Gabriel, an Israeli security startup, intends to introduce a new type of “Panic Button” as soon as this month.

Gabriel’s new tech can help detect gunshots and threats ahead of time. It can distinguish between the sound of a gun being fired and other noises that sound similar to this. Imagine if law enforcement received an alarm at the exact moment when a gun is fired on school shootings or other public safety threats. Or, what if a security guard could get such an alarm when he is not near to the gunshots to hear them?

Last year the U.S. saw more than 400 mass shootings. There has been also an increase in attacks on Jewish communities around the world in recent years. Since 2016, the United States has seen a scary rise in the incidents of anti-Semitism. Gabriel is focusing on selling panic buttons to Jewish communities in the United States with the hopes of expanding to help anyone at risk of an attack, according to Bloomberg.

At the moment, Gabriel’s customers are Jewish groups in New Jersey, Florida, and Michigan, who are concerned about anti-Semitic violence in their areas.

The new system can also alert the innocent people in the area and guide them to safe places. It can be used through an app on mobile phones and was developed by people with real security experience having worked for agencies like Israel’s Mossad. 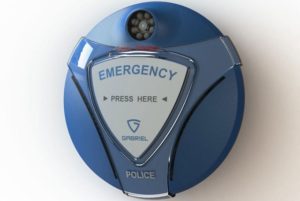 Gabriel CEO Yoni Sherizen told Calcalist, “This is another important step towards reducing the time it takes to respond to emergency situations, alert authorities of danger, and provide vital life-saving tools to react faster and smarter; putting help in reach of every hand.”

GABRIEL provides a smart, affordable, and easy-to-use crisis-management solution for school shootings and other public safety threats. GABRIEL warns of danger, improves first-responder capabilities, and helps manage a crisis throughout the critical first minutes, even before help has arrived.

Using a mix of proprietary sensors, mobile apps, and an intelligent dashboard, GABRIEL seeks to improve citizens’ ability to both prepare for and navigate threats to their safety and security. 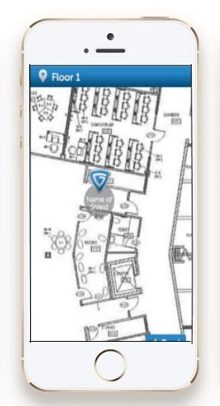