The Walt Disney Company surprisingly announced the appointment of Bob Chapek as CEO, replacing Bob Iger who has been serving as CEO since 2005 to become a tremendously successful

The Walt Disney Company surprisingly announced the appointment of Bob Chapek as CEO on Tuesday. The former head of Disney’s Parks, Experiences and Products division has been at the company for 27 years and will replace Bob Iger effective immediately. “I am incredibly honored and humbled to assume the role of CEO of what I truly believe is the greatest company in the world,” Chapek said in the official company statement on the matter, adding that he had been “lucky to enjoy a front-row seat” as Iger “built Disney into the most admired and successful media and entertainment company.”

Bob Iger has been serving as Disney’s CEO since 2005, overseeing a tremendously successful spell in the company’s nearly 100-year history. Under his leadership, Walt Disney Company completed the acquisitions of Pixar in 2006, Marvel in 2009, Lucasfilm in 2012 and 21st Century Fox in 2019, helping the company assemble a portfolio of intellectual property beyond compare. Last year alone, Disney raked in $10+ billion at the worldwide box office, flexing the muscle of its movie franchises. The company’s seven $1+ billion blockbusters in 2019 included three classic Disney films, two Marvel superhero movies, one Pixar film and, as the cherry on top, a Star Wars movie.

As the following chart shows, Disney’s domestic box office market share climbed from 10 percent in 2005 to 33 percent in 2019 under Iger’s leadership. And while his plans of eventually stepping down were well-known, the timing of the decision came as a total surprise. “With the successful launch of Disney’s direct-to-consumer businesses and the integration of Twenty-First Century Fox well underway, I believe this is the optimal time to transition to a new CEO,” Iger said, before hailing his successor as “exceptionally qualified to lead the Company into its next century.” 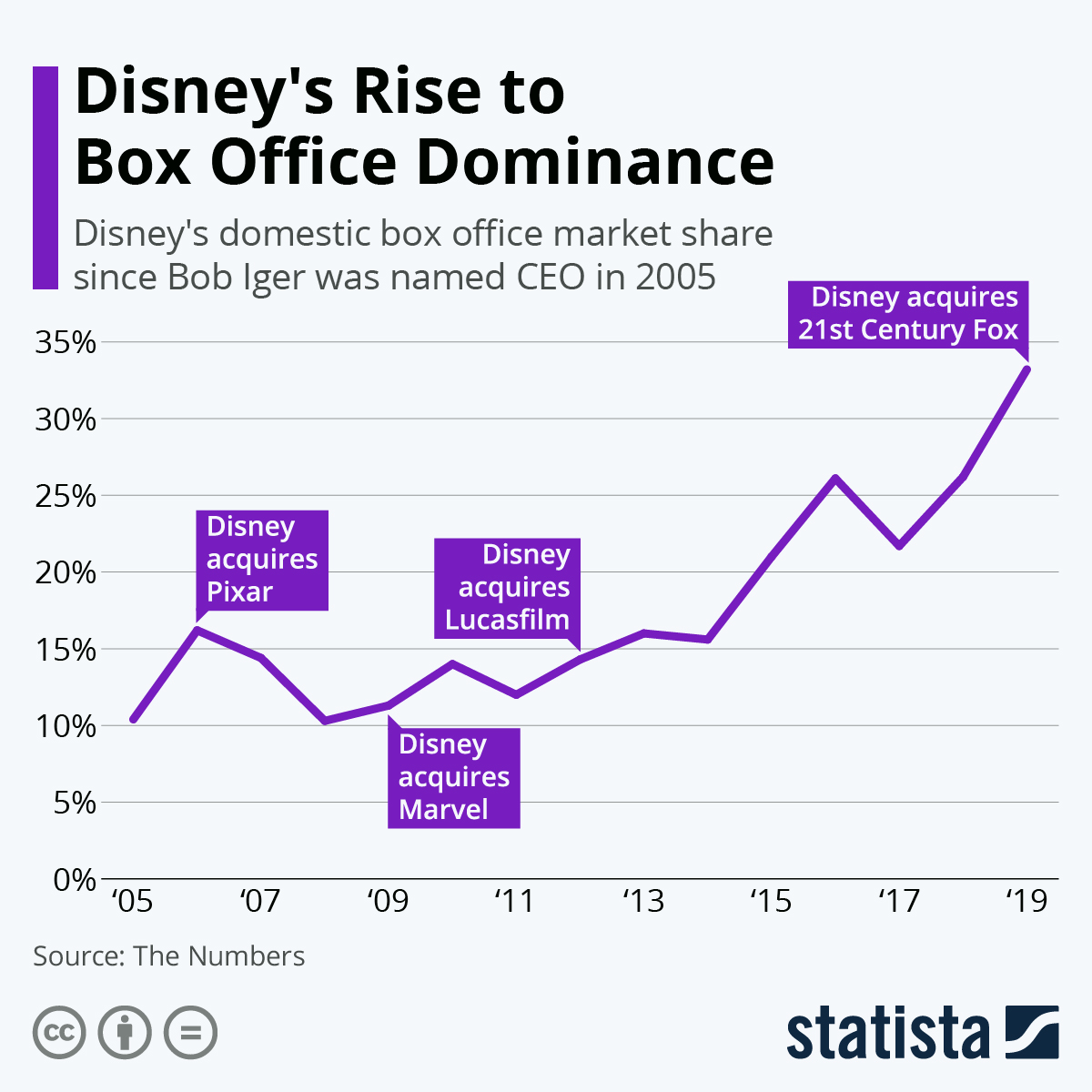